Miffy was «born» in 1955. While on holiday in Egmond aan Zee, Dick Bruna would tell his eldest son, Sierk, bedtime stories about a little, white bunny, who scampered around the garden of their holiday home. This bunny became the inspiration for miffy. Later, when Dick began sketching miffy, he decided he would prefer to draw the bunny in a little dress, rather than a pair of trousers, and so miffy became a little girl bunny.

Now she can live in your home as a money bank, decorate any room or nursery while saving some money for later. Miffy can also walk around with you as key chain. She will remind you of everything you cannot forget as magnet holding messages on the fridge. These objects match perfectly with miffy
Wall Art from Atelier Pierre.

Miffy is made out of unbreakable phthalate-free PVC. Head made in Belgium EN71 certified +3years 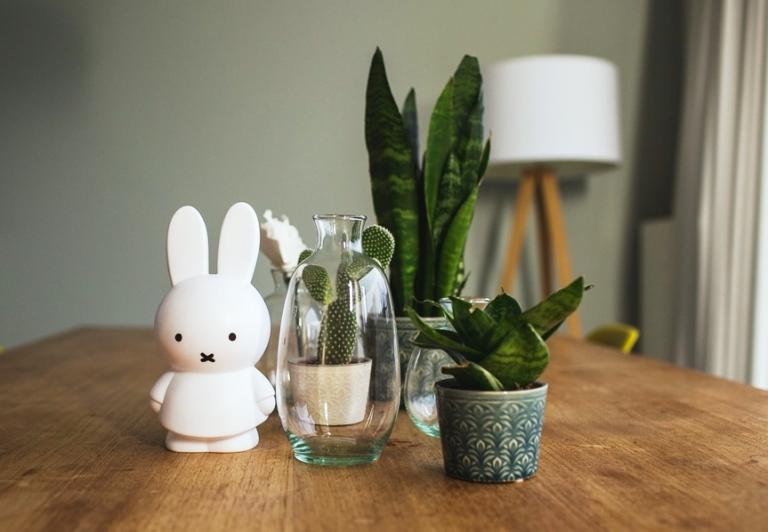 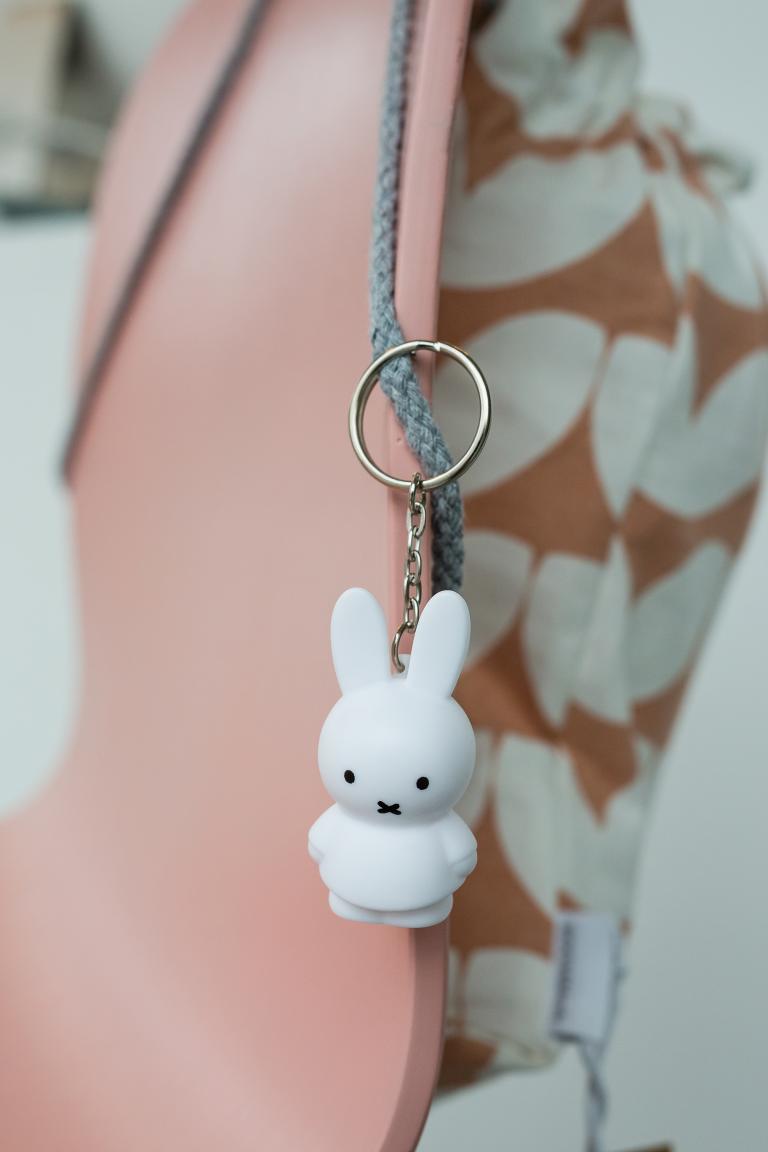 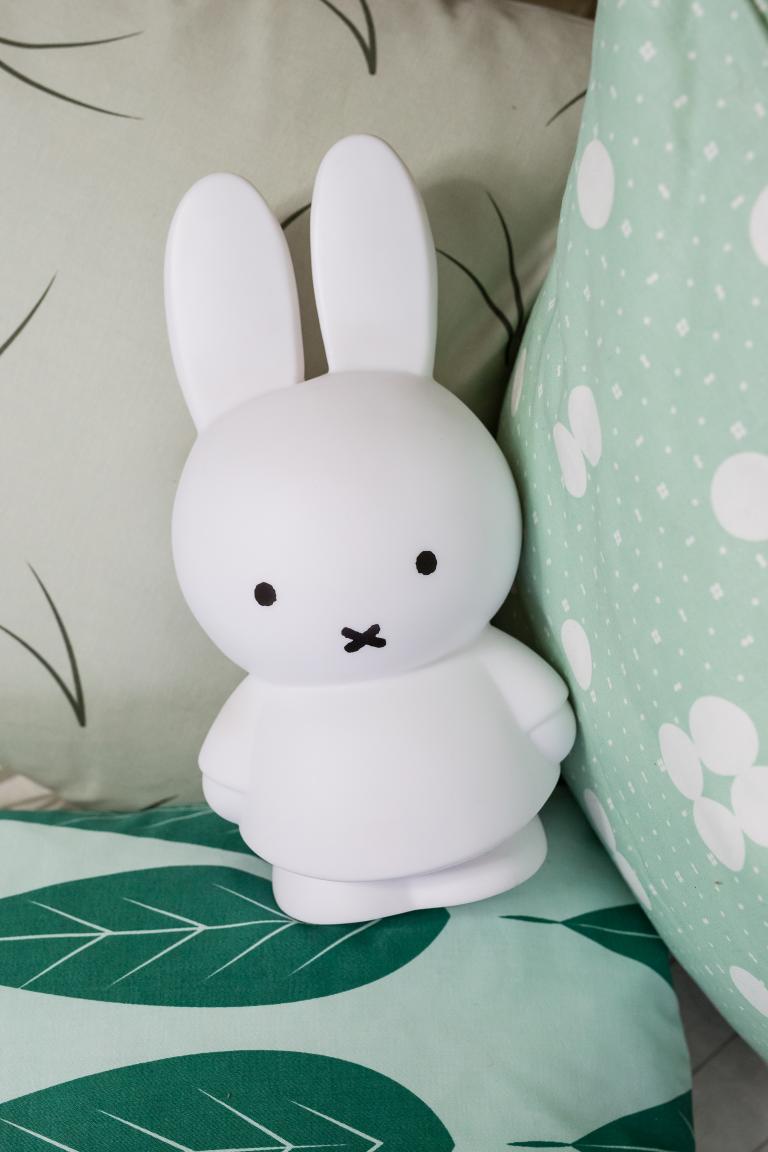 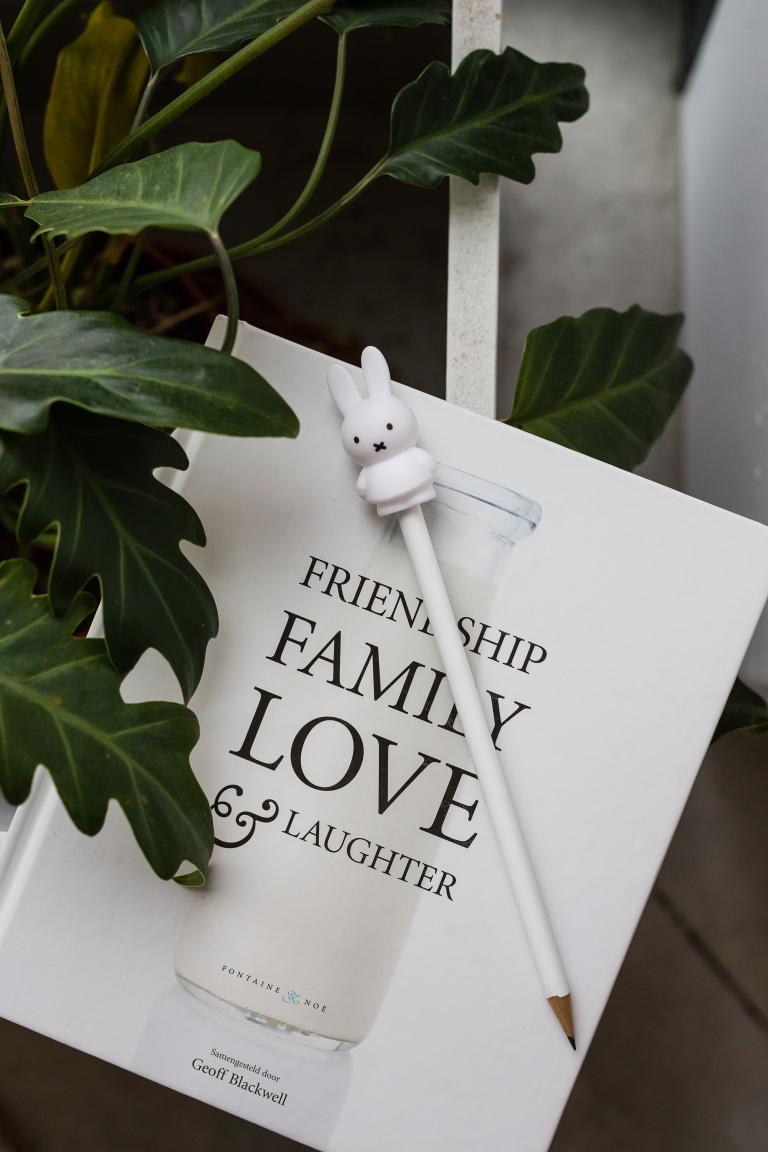 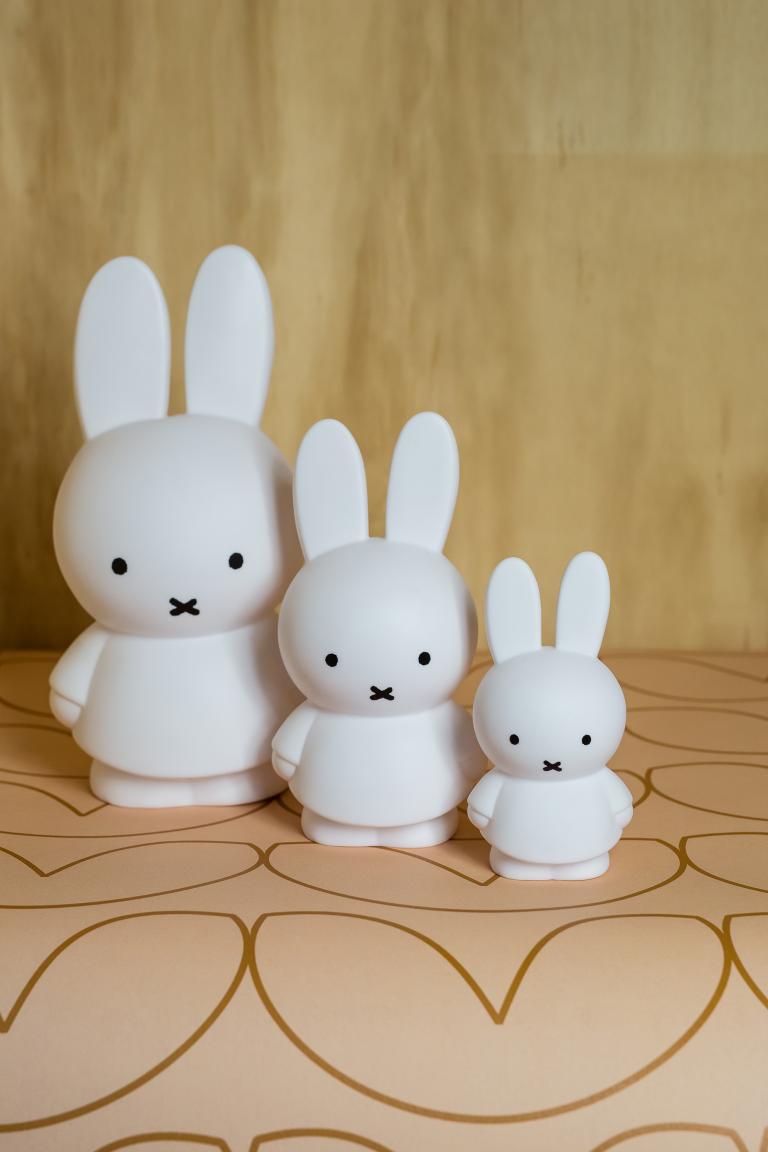